A variant for the essay of 1/2 Franc HENRI V

It is a glaring variant but that a lot of people hadn't seen but that a lot of people hadn't seen. This variant is submitted by Sylvain D. Indeed he noticed that on the tests of 1833, the F in the field in the middle is small or large. I noticed in my turn, that the die with the large F always displays a point after the date, which is not the case with the die with the small F. In addition, the date seems slightly larger when the F is tall. The reverses are exactly the same. 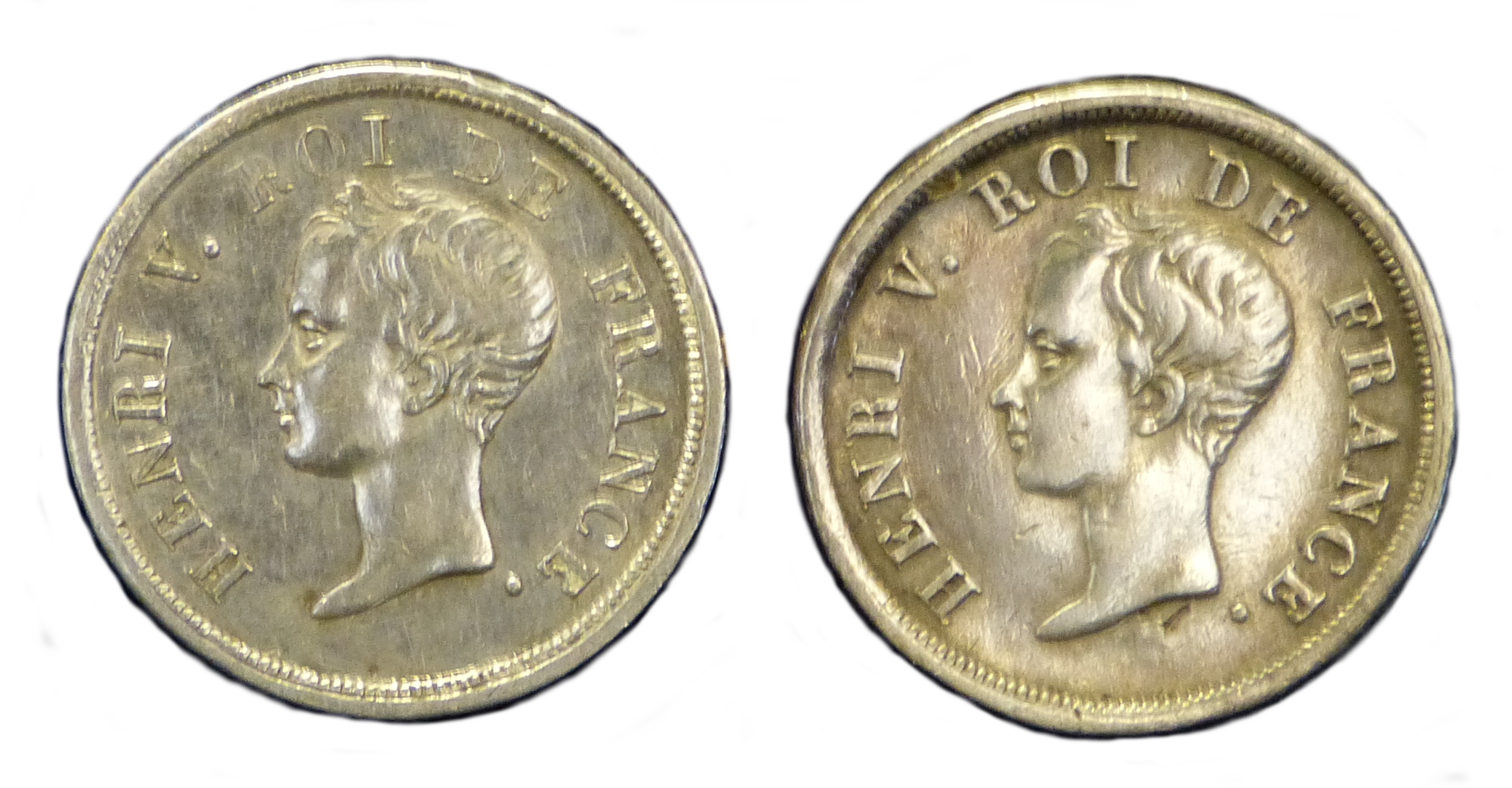 Sylvain D also communicates to me the essay of 1832 with the same "juvenile bust". We note that the obverse die also uses the corner "small F, without dot after the date". Is the obverse die with the big F and the point a transitory die? These essays being rare, I did not find coins with the other busts to compare to determine if this big with the big F is very unique in 1833. To finish, here is the photo of the copy in the Sylvain D's collection, from 1832 with small F and without point, which I described just above: 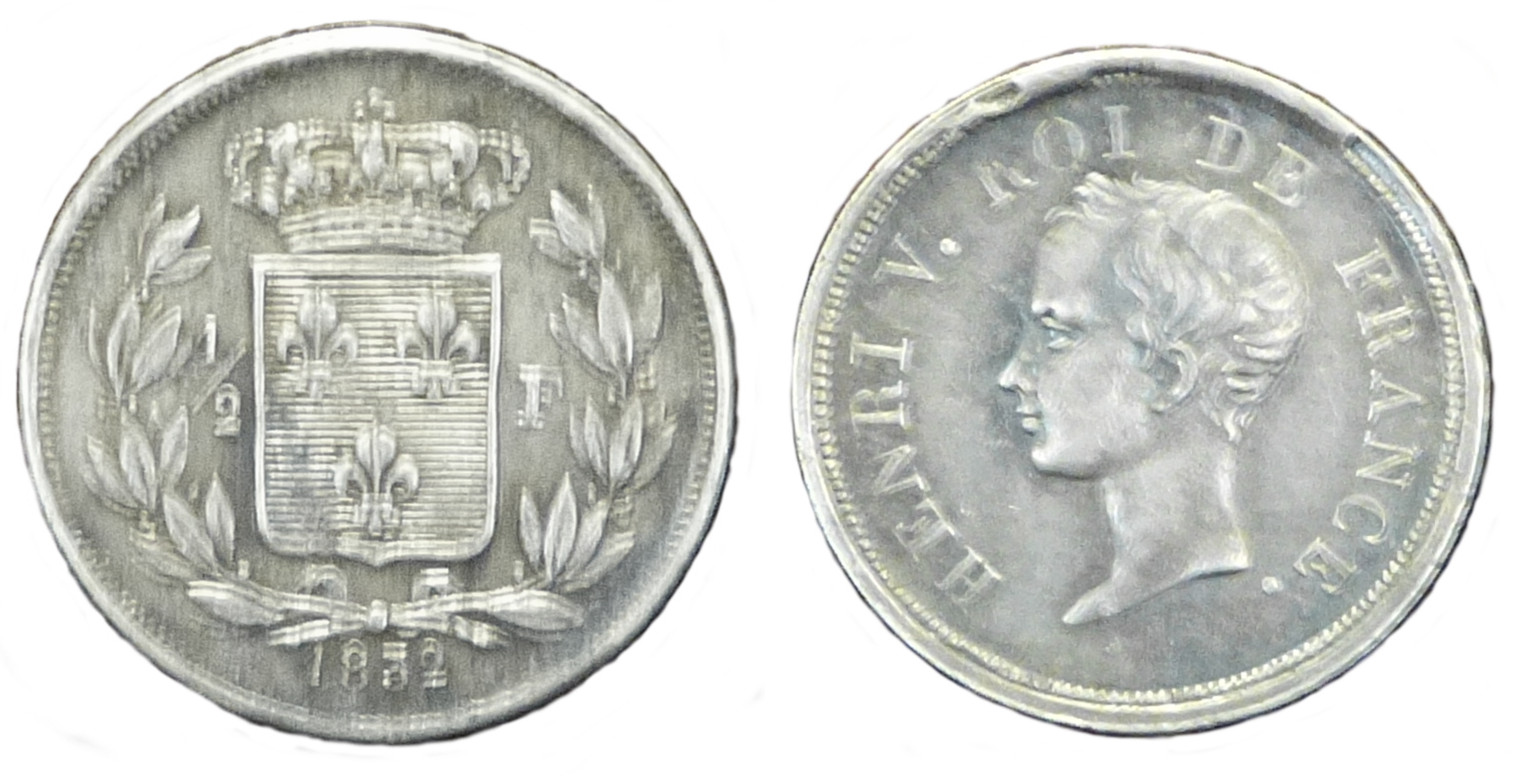