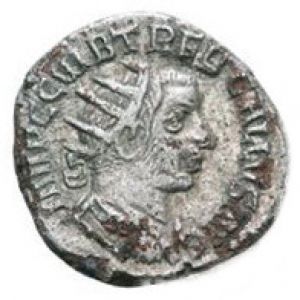 Group 1: Group 1: The legends and the portrait correspond to an existing official type.

Group 2: A small mistake like a spear instead of a scepter. The rest of the coin perfectly follows the official coin. Or depreciated coin, but leaving parts showing that the coin seems to have the legends and the portrait corresponding to an existing official type.

Group 3: The existing official type is well imitated but contains one or more errors of legend, representation or degenerate style (excluding hybrid).

Group 4: The coin is a hybrid of two official types (obverse / reverse) and may also include legend errors. Or, the coin is known in another module or metal. 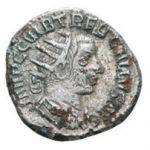 Bust radiate and draped of Trebonianus Gallus to the right

Pietas, veiled and raising both hands. At he feets an lihted altar. 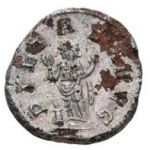 Photos from a coin sold by Roma Numismatic Limited, link to the sale: https://www.acsearch.info/search.html?id=1845191, link to their website: https://www.romanumismatics.com/. Information of weight and diameter coming from the coin in picture.